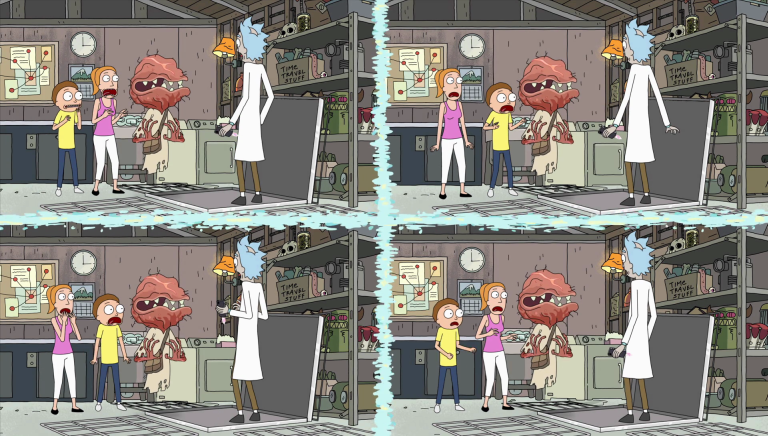 Okay, we’re going to play a game of Dirac Dice. Part 1 was nice and easy. Part 2 nearly broke my brain.

So, we have two players (each with their own pawn), a single die, and a game board with a circular track. The track contains 10 spaces, marked 1 through 10. 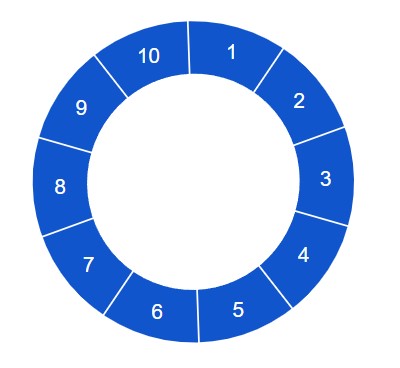 What is the product of the score of the losing player and the number of times the die was rolled in the game?

This is quite an easy problem, and we get to play with a few new things.

Some new things here, which we’ll cover as we get to them.

First, a class for the players:

This subclasses NamedTuple. It’s a lot like the more powerful Dataclass. It allows us to create a class which is actually a tuple, but where the attributes of the tuple can be referenced by name.

Note that our AbstractDie class in inherits from ABC, i.e. the abstract base class. This is what marks our class as abstract.

Other things to note about our AbstractDie:

Nice and short. This is a subclass of AbstractDie, so we only need to override the abstract method, i.e. the _roll() method. This method yields incrementing values of i (i.e. from 1 to 100), and then wraps back around to 1, by virtue of being in an infinite while True loop. Note the use of the yield keyword here. It works like a return statement, but allows the method execution to continue on the very next method line, when we next call the method. E.g. if i has a value of 50 and we’ve just yielded that value, then when we next call roll(), which in turn calls next() on our _roll() method, then the method will continue within the for loop, setting i to 51.

Now let’s define a class for the Game itself:

When we create a new Game, we pass in a list of players (there will be two), a die instance (which will be a subclass of AbstractDie), and the score we need to reach, for the game to end.

After initialisation, the game is played by calling play() on our Game instance.

Finally, we run it:

This is what we’re doing here:

So, Part 1 was pretty easy!

We now only have a 3-sided die. It’s just as well. It’s a quantum die. Every roll of the die splits the universe into three different universes: one for each of the possible roll outcomes!

Find the player that wins in more universes; in how many universes does that player win?

To determine the 27 different different sums that are achievable from our 3 rolls programmatically, we can use a cartesian product:

So, what’s our game plan?

Clearly we can’t simulate every possible universe. The solution space is just too large. But it turns out there aren’t that many different game states. And from any given game state, we just need to work out how many ways there are to win from that state. But what is a game state?

A game state is represented by:

Thus, we have 10*10*21*21 = 44100 game states. That means only 44100 unique universes from which a player can win. Clearly, there are a lot more possible universes than that. But it doesn’t matter, since we can cache game states we’ve seen before, and whenever we see a previous game state, we know exactly how many ways there are to win from that game state.

So now we can solve using recursion. Recall from Day 14 that to implement recursion, we need:

We’ll create a function that determines how many ways each player can win from the current game state. This is called count_wins().

In all other cases, we want to determine our 27 different triple roll outcomes possible for this player, move the player the appropriate number of spaces, and update the player’s score; thus creating a new game state. Then we recurse into our function with this new game state. But crucially, when we recurse, we swap the player A and player B positions as parameters to the function call, since if Player A took the last turn, then Player B needs to take this turn.

The last point to note is the addition of the decorator @lru_cache(). This implements a least recently used cache, such that when the function is given a set of parameters that have been used before (i.e. a previously seen game state), then the function returns the same result as it did before, without actually doing any work. Thus, the function is caching previously seen states, including all the recursions that a given state would have needed to process. We pass maxsize=None to the @lru_cache() decorator, such that there’s no limit on the number of parameter permutations that are cached.

This combination of recursion, combined with caching the results of a call we’ve seen before, is called memoization.

We call the code, as follows:

Wow, that’s a lot of universes!